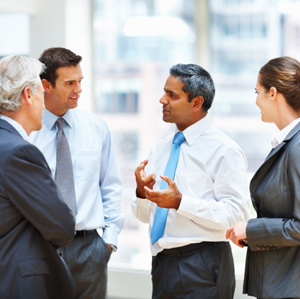 (“Last Ditch Attempt” – to make a desperate final attempt. The expression alludes to the military sense of last ditch, “the last line of defence.”)

Mediators often make statements to the effect that litigation is an outdated method of dispute resolution that should be avoided at all costs and that all disputes can and should be resolved through a process of mediation which seeks to meet underlying interests and avoid conflict. The primary motivation behind such statements revolves around the disputing parties’ relationships and how mediation can preserve these relationships. The fact that mediation is a highly successful form of dispute resolution is undoubtedly true but everyday conflict and the emotions that go along with it, often do not allow disputing parties the opportunity to engage in the process. As a result, ligation is still regarded by many as the primary form of dispute resolution in our society.

There are instances when litigation is the only viable method of resolving a dispute, for example where a disputant’s legislative rights must be interpreted by a Court in order to resolve a dispute. The question is however why so many everyday disputes end up in Court instead of being resolved through negotiation or mediation?

Parties to a dispute tend to quickly lose sight of their true interests and, as the intensity of the dispute escalate, they become absolutely fixated on these opposing positions and how a party can go about achieving his/her position at the cost of their opposition. In effect, disputants’ respective positions become so dominant that it actually becomes their interests.

Litigation, and especially High Court litigation, as a form of dispute resolution however has many obvious, and more subtle, disadvantages for all the parties involved in the process. Not only is it an extremely costly and time consuming process but it also tends to destroy professional and / or personal relationships between disputing parties. Litigation has a tendency to lock the parties into their positions and once there, it is very difficult for the parties to break this trend in order to create options outside of the stated litigation framework. The people literally become more important than the problem and it is often the lawyer’s function to untangle the parties’ positions and drive the process towards a sensible resolution.

There are essentially three stages during a conflict where a lawyer has an opportunity to assist his client to successfully negotiate a resolution of a dispute. The first opportunity normally occurs before a summons is issued and the high rate of successful early settlements can be attributed to the residual goodwill that exists between parties. Once a summons is issued and the litigation process is underway the chances of resolving the dispute through negotiation decreases very fast as a direct result of the relationship between disputants deteriorating and because their positions start taking precedence over achieving their interests. The next opportunity for a negotiated or mediated resolution generally arise after the discovery of documents and expert reports are finalised. The parties (and their respective lawyers) now have an opportunity to evaluate their claims and counterclaims on the basis of full disclosure of information and many disputes are settled at this stage as a direct result of the pressure brought to bear on parties by their respective legal representatives. The unfortunate reality about this stage of the litigation process is however that a trial date is still many months away and there is generally very little pressure on the parties to resolve a dispute. Because of this lack of pressure it is often extremely difficult for the parties’ lawyers to move their respective clients closer to a settlement even when it is in both disputants’ interest to do so.

A very large percentage of disputes literally settle on the steps of Court just before the matter is due to go on trial and this is indeed the final opportunity for parties to settle the dispute. The principal reason why disputes so often settle at this very late stage is that the parties are now faced with the financial reality of being involved in a trial. Other factors that play a role include the fact that being involved in the actual trial will undoubtedly destroy the last remnants of the relationship between disputing parties and to make matters worse, the parties have an uncertain outcome ahead of them because the matter is placed in the hands of the Court. It is the lawyer’s function to explain all of these factors to his/her client and, even if the lawyer manages to settle the dispute, it is done by placing a very strong emphasis on reality testing. At the end of the day both disputants walk away from the dispute disgruntled even when they each succeeded in obtaining a piece of the pie over which they were fighting and it is invariably the lawyer who is blamed for allowing the dispute to go this far.

Mediation as a form of dispute resolution can be successful at any stage of a dispute. However, it is often during the latter stages of a dispute when mediation has the greatest chance of success for disputants and also for their respective lawyers. Lawyering is a business and, just like any other business, the goal should always be to provide clients with the best possible service at an affordable price. Litigated outcomes rarely achieve these goals. Unfortunately, as a dispute progresses, disputants view their opponents’ lawyers as their own opponents and despite their best intentions this perception frequently hampers lawyers’ attempts at resolving a dispute. Third party intervention by a qualified and impartial mediator is often necessary to overcome this barrier to resolving the dispute and it is here where mediation can become a very valuable tool for lawyers.

On the day of a trial all the disputing parties and their legal representatives are present at Court but it is often the case that a Judge is not allocated to the matter. The day of the actual trial is in fact the parties’ last ditch and presents them with a perfect practical opportunity to try and mediate a resolution to the dispute. At this stage of the dispute all the facts are on the table and the different sets of legal representatives are present and available to assist and advise their clients. A mediator’s involvement, as an independent third party, offers parties many benefits at this stage of a dispute. The mediator is able to look at the dispute with a fresh eye and because he/she becomes involved without carrying any of the litigation baggage, the parties are much more likely to actively engage with him/her in order to enthusiastically seek a mutually beneficial resolution to the dispute. Even if mediation fails to resolve the entire dispute because of external factors like legislative barriers it has the potential of restoring the damaged relationship between disputants and the parties can then use the litigated outcome as a platform from where they can start negotiating a mutually beneficial business relationship.

All the benefits associated with a mediated resolution are ultimately also benefits that accrue to a disputant’s lawyer. Because of the positive nature of the process and the lawyer’s involvement throughout the mediation, he/she can ensure another satisfied and loyal client.

MEDIATION AS A LAST-DITCH ATTEMPT